Winter wheat going in after beet in sticky conditions with the latest workshop modification. January 21 update below.

Happy new year to everyone and I hope that everyone is keeping safe and well.  We have been faced with another season of challenges through the Autumn and this half of Winter so far.  With the seasons changing and the weather becoming more in the extremes it is become more and more difficult to plan to far ahead of ourselves.  The early part of the Autumn went as planned with all the early drilling plans being done and sprayed in good time and establishment being very good to.  Once the rain came in on 23rd of September, it became increasingly harder to find drilling days in order to finish all the planned (not after beet) drilling and with heavier land areas of the farm not receiving the sun and wind needed to dry the surface, we were unable to get back with the drill meaning some areas have remained undrilled.  Weed control has been good with moisture being around to help with residual activity, blackgrass numbers have been minimised.

The beet season again this year started wet and has remained a challenge throughout with less than expected drilling done behind the harvester it has added to the already larger than planned spring drilling campaign.  This however won’t be a problem with varying soil types across the area and the ability to drill in excess of 100ha a day we will be able to get on well in the spring.  With only 70ha of beet left to lift for this campaign we are in a much stronger position than we were this time last year so lets just hope the weather holds out for a few weeks to make this easier.

We had news from British Sugar and NFU Sugar at the end of last year that they have applied for emergency derogation for the use of neonicotinoid seed treatment for the control of aphids in the beet.  This has still not been granted however British Sugar still remain optimistic on achieving the one year licence and having enough time to apply it to the seed before drilling, so lets keep our fingers crossed for that to.

Preparations are being made to make a start with the spring work with the granular fertiliser and liquid fertiliser, all the deliveries of granules have now arrived and the liquid is in the process of being delivered.  Spring seed requirements are being finalised for dressing as we get closer to the winter wheat drilling cut off.

This spring we are trialling growing 5ha Quinoa for Fairking Ltd with the idea of growing some alternative crops going forward.  The chance of working with Andrew Fairs at Fairking is a great opportunity as I hope it will turn out to be a good working relationship going forward.  They specialise in placing individual buy back contracts with growers in the UK. They cultivate the crops on their own farms and process and condition specialist seeds.  The crops they specialise in are, Borage, Camelina, Quinoa and Echium, these are all used within the health food industry in the UK.  With not a lot of chemistry available for this crop it is almost grown organically with the use of the tractor hoe as the only form of weed control. 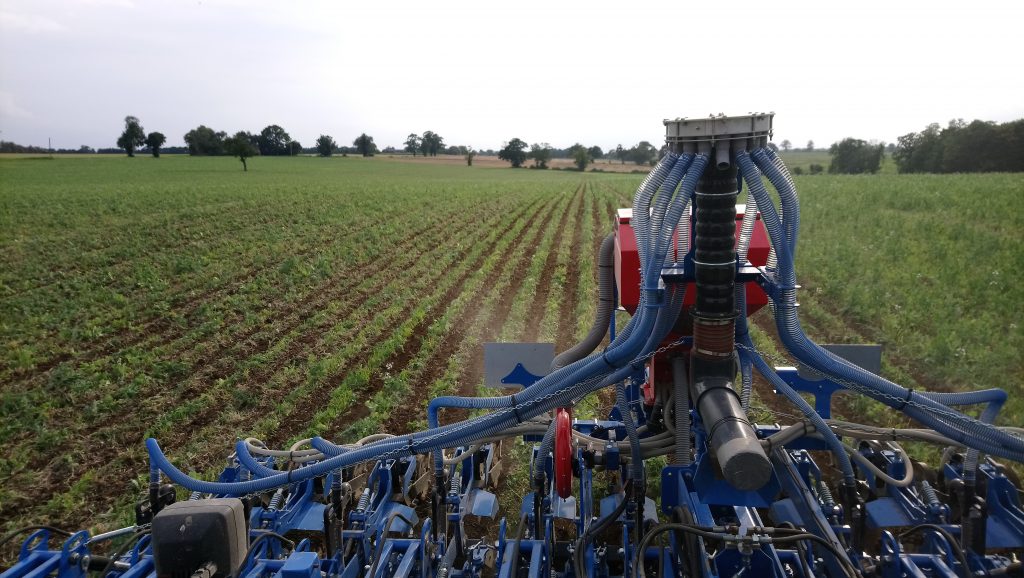 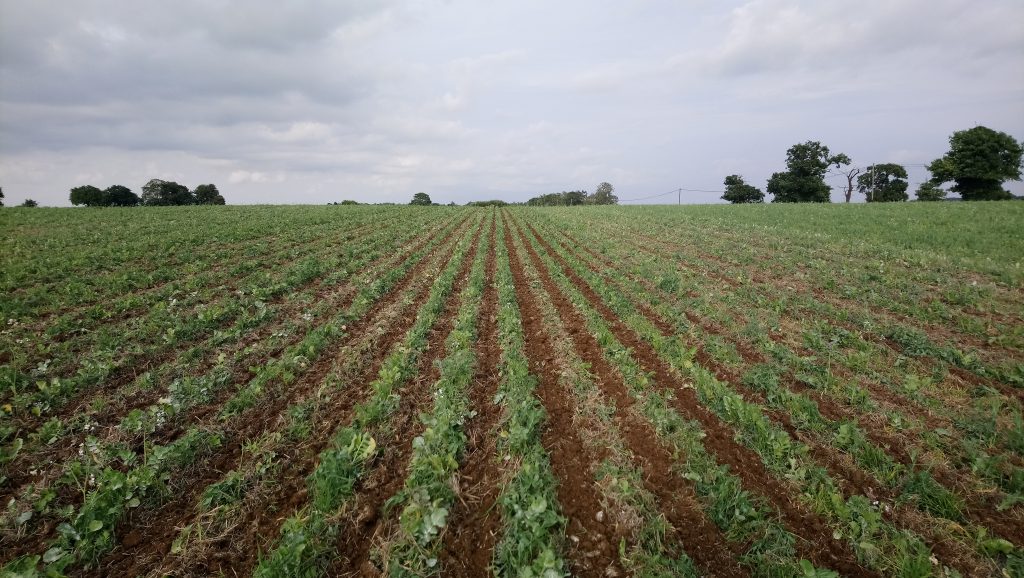 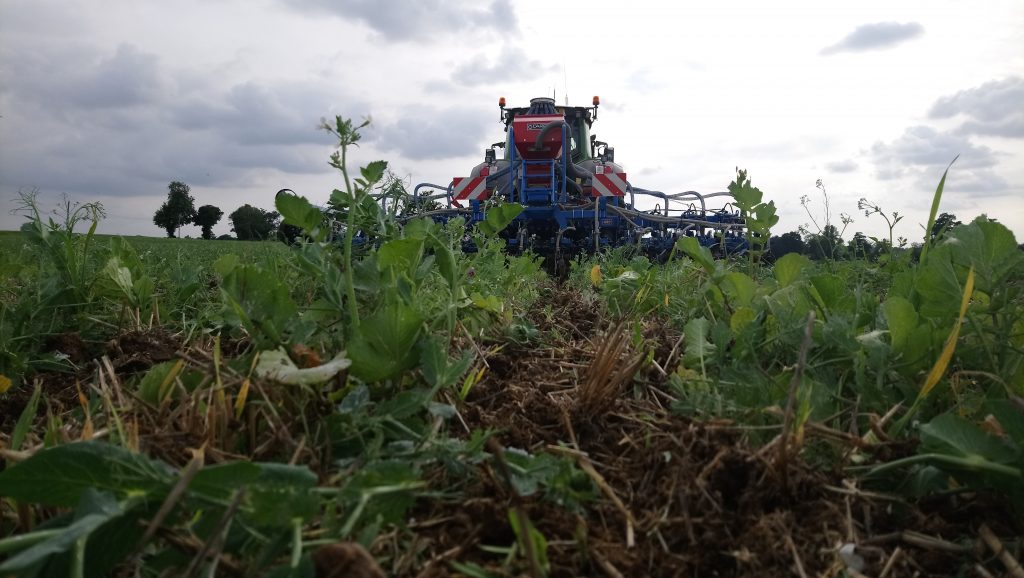 Go Pro footage of the strip tiller in action Sept-17

Direct Drilling into a mustard and linseed cover crop September 2017

Sugar Beet Season off to a flying start 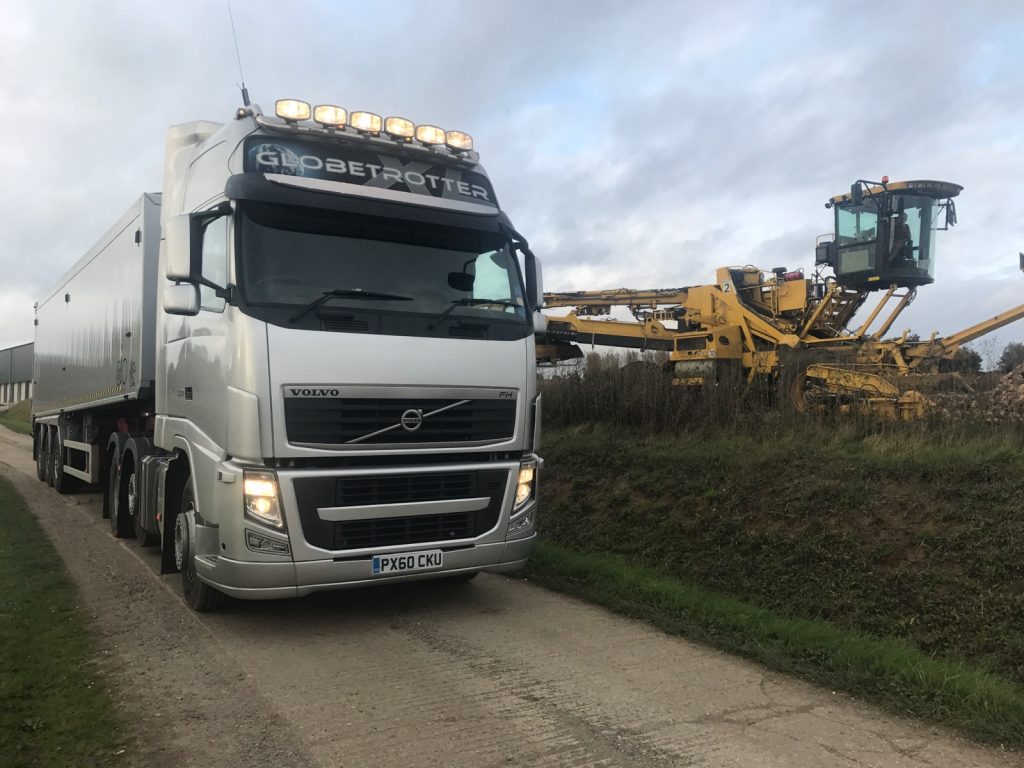 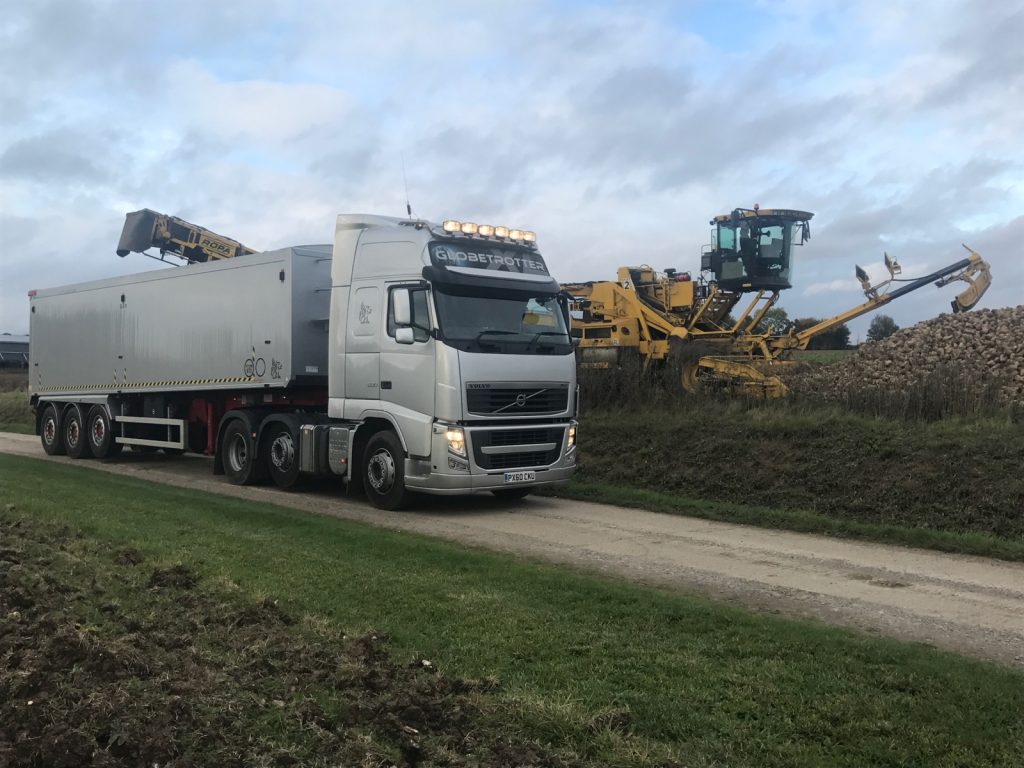 After a very difficult harvest it almost seems too good to be true that the beet season is starting off so well if a bit hectic.  We haven’t started yet but reports of good yields and high sugars are coming in from other people.  One of our trucks is full time on the beet at the moment with Jim driving his pants off !  Some pictures below of loading off Chris Clements Maus 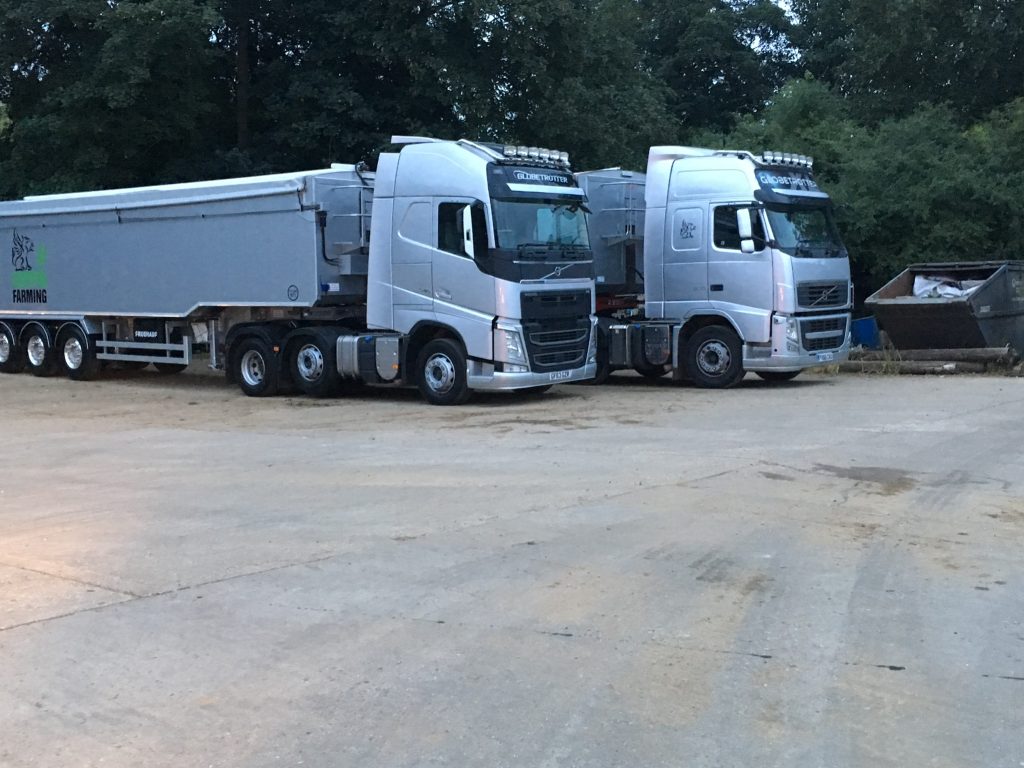 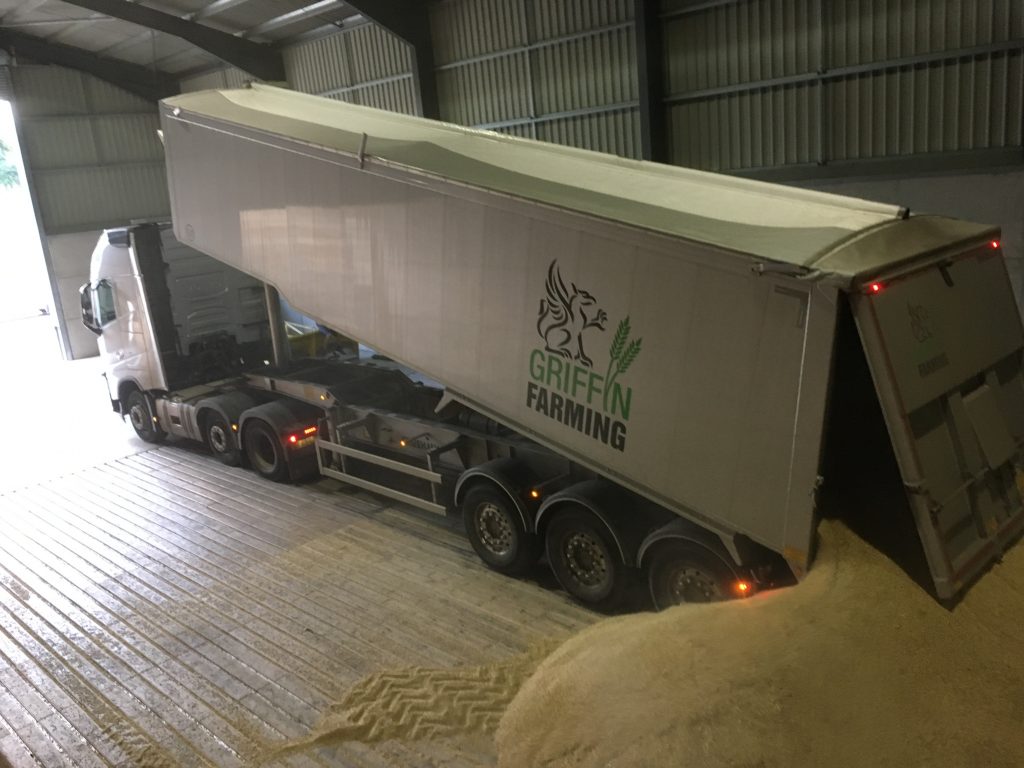 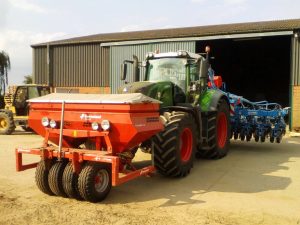 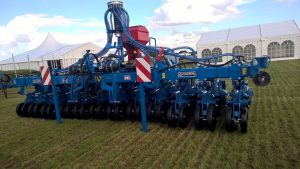 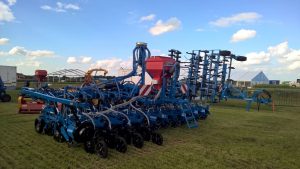 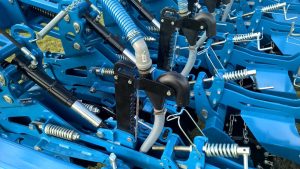 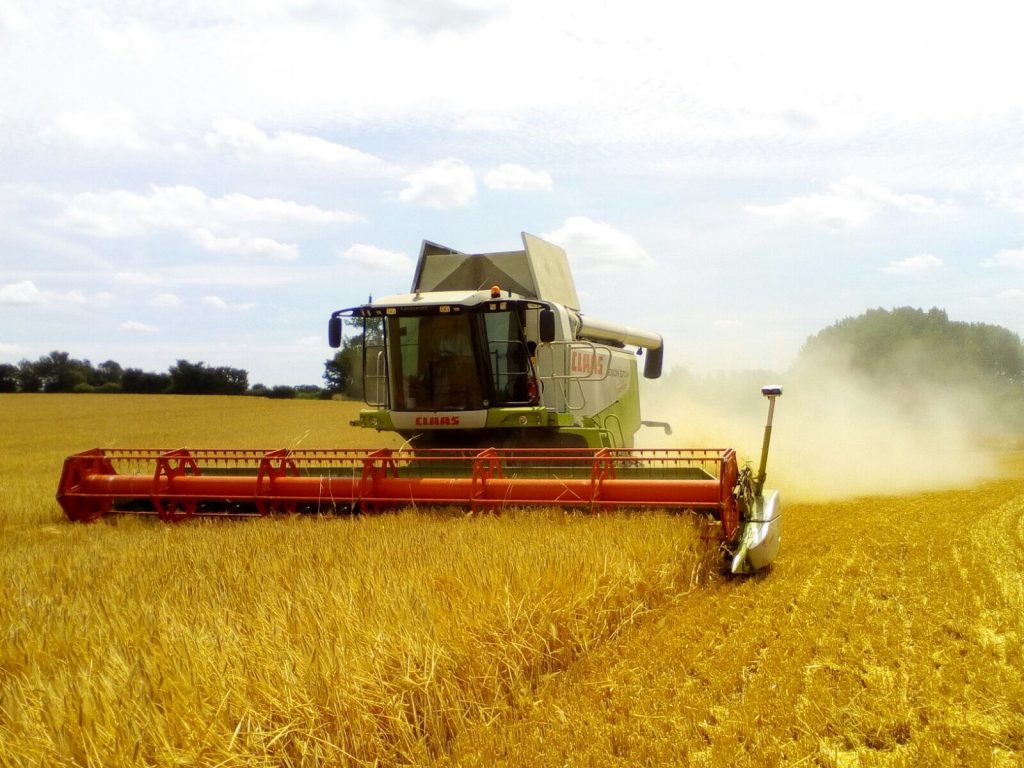 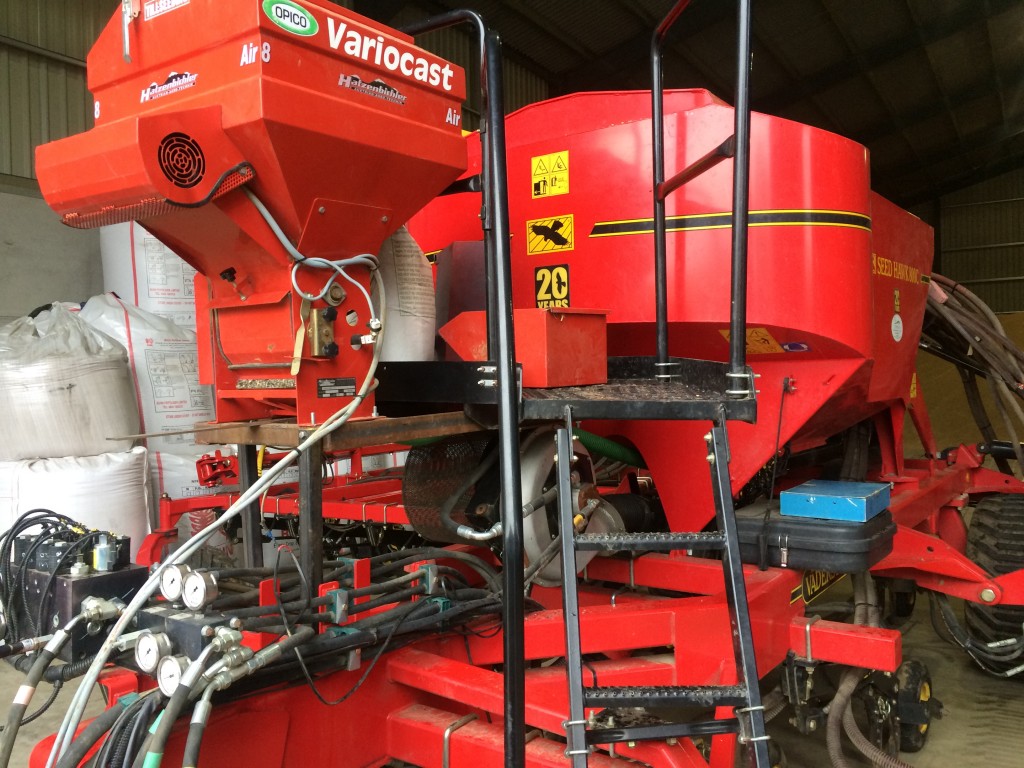 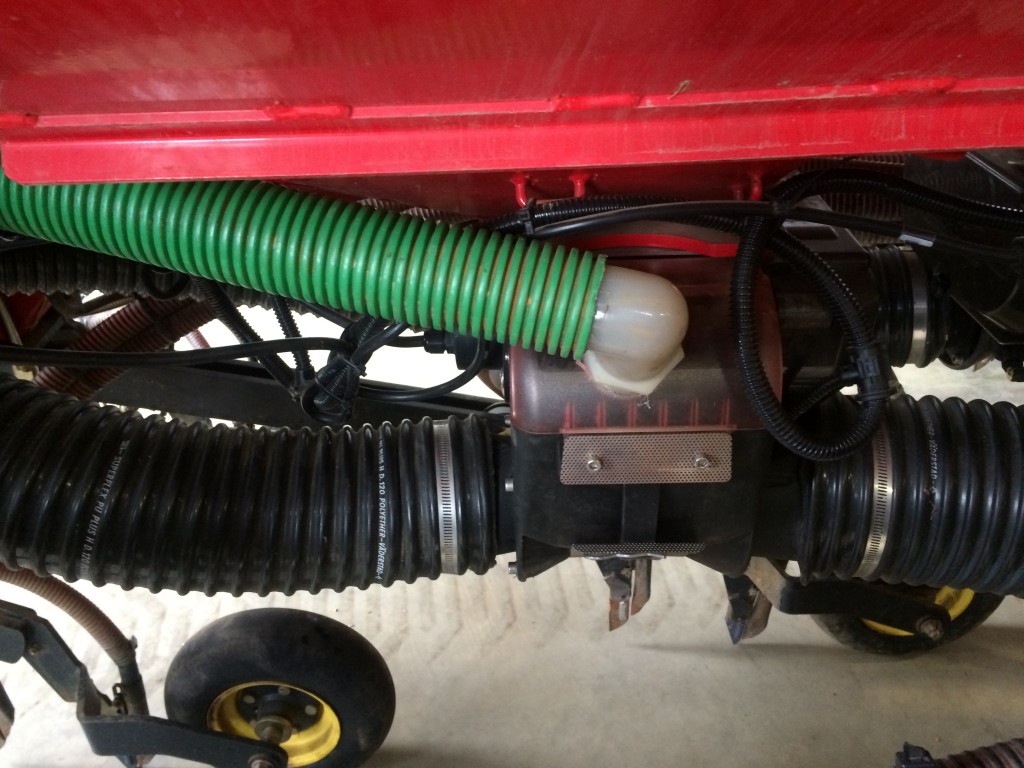